A Massachusetts teen is in critical condition this June after she was injured while riding in a young friend’s car. The driver of the vehicle was 17-years-old and saw a car that had a friend in it. She tried to pass the friend’s vehicle and lost control. She has now been charged with a felony of driving to endanger, according to the Sun Journal. 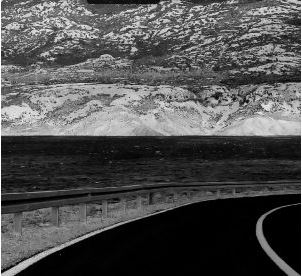 Unfortunately, this accident is one of many likely to occur this summer due to a reckless teen driver. From Memorial Day to Labor Day each year, teenage drivers have a significant risk of becoming involved in collisions. Since teens are always the age group most likely to crash and since car accidents are the top cause of death for young people, it is especially concerning that the summer is such a dangerous time. The death toll for teen drivers in the summer is so high that the period from Memorial Day to Labor Day has been dubbed the “100 Deadliest Days.”

Parents need to be aware of the dangers children face and take steps to keep them out of dangerous situations. When a collision does occur, victims who were hurt in student accidents should call the Law Offices of Mark E. Salomone for help pursuing a claim for monetary compensation for losses.

Summer is a Deadly Time for Teenage Drivers

According to CNN, almost 1,000 people were killed in motor vehicle collisions involving teenage drivers from Memorial Day to Labor Day 2012. A total of 550 of those killed were teenagers; which means that teens account for more than half of all victims.

Teenagers are much more likely to be involved in wrecks during the summer because they have more free time due to school being out. They may also have later curfews and be able to be out later at night because they do not have to get up the next morning to go to school. A lot of the free time that teens have may be largely unsupervised since they have nothing they have to do during the day while their parents are at work.

The result of this free time means that there are more teenagers on the roads, and they tend to drive to different places and for longer distances. Some will drive recreationally just to joyride, while others will go to unfamiliar locations like lakes and beaches and may be focused on navigating rather than on the road. All of this increases the chances of an accident.

Perhaps the biggest risk, however, is that teenagers tend to drive with their friends more during the summer. Unfortunately, the more teenagers there are in a car at a time, the greater the chances that the driver will crash. In fact, the risk of a teen driver getting into a car accident increases by more than 44 percent when a passenger is in the vehicle.

Parents need to know about the high risks that having teen passengers can cause, and they should set rules to protect their children. The National Safety Council (NSC) recommends parents create a parent/teen driving agreement outlining the rules for driving. This agreement should specify how many passengers are allowed in the car at a time. Parents should also advise their children not to get into a car with another teen driver if there are too many people in the vehicle.

Boston accident victims may contact the Law Offices of Mark E. Salomone at 1-800-WIN-WIN-1 or can visit http://www.marksalomone.com.