A 20-year-old Columbus, OH woman has been sentenced to nearly five years in prison for a hit-and-run accident that killed a 21-year-old father. Police suspected she was under the influence at the time of the crash but could not prove it because she had fled the scene. Although she denies drinking, 10 TV reports that she admitted that she was smoking marijuana that night. Unfortunately, like many people, this young woman likely viewed driving while stoned as a less dangerous action than driving while drunk. 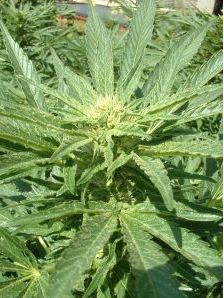 The reality is, driving under the influence of marijuana is extremely dangerous, with the National Institute on Drug Abuse reporting that between four and fourteen percent of drivers injured or killed in traffic accidents test positive for THC. THC stands for delta-9 tetrahydrocannabinol, and is the active ingredient in marijuana.

Unfortunately, many college students underestimate just how dangerous it can be to get behind the wheel after they have consumed drugs. An experienced attorney at the Law Offices of Scott Elliot Smith, LPA can represent victims of student accidents and help them to take legal action against those responsible.

THC is the second most common substance found in the blood of impaired drivers, behind alcohol. A study of more than 3,000 fatally injured drivers in Australia showed that the higher the concentration of THC in the driver’s blood, the greater the chance that he or she was responsible for causing the collision. Reports on seriously injured drivers admitted to one shock trauma center also showed that marijuana was present in blood tests 26.9 percent of the time.

When a person consumes products containing THC, he or she can experience impaired judgment and delayed reaction time. If the individual combines marijuana use with alcohol use, impairment increases even more significantly.

Despite the dangers, many college students seem to view driving under the influence of marijuana as a behavior that is less risky than drunk driving. A disturbing study from researchers at the University of Massachusetts at Amherst reveals just how differently college students view driving under the influence of alcohol versus driving after using cannabis products.

Although many more students drank than used marijuana, the reverse was true when students were asked about driving under the influence. Only seven percent of students admitted to drunk driving or operating a vehicle after consuming alcohol. By contrast, nine percent of women and 44 percent of men said that they had consumed THC and then gotten behind the wheel.

A stoned driver puts himself and others in serious danger, and until college students take the risk seriously there are likely to be more student accidents and more young lives lost.