One year ago, a Texas teenager was driving his vehicle when impaired by alcohol. He crashed into a group of people who were on the side of the road making repairs to a broken down car. His actions killed four people, including a youth pastor as well as the woman whose car had broken down. He also injured others, including a young man who was permanently paralyzed. 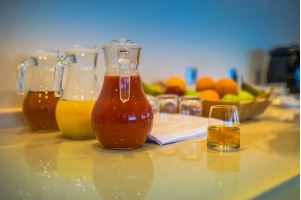 The incident made national headlines when the teen went to court to face criminal charges for causing the four deaths. His defense was ‘affluenza,” and he claimed he did not know right from wrong because he was from a wealthy family and had not been taught about consequences. To the shock of people throughout the country, this defense was accepted and the teen was sentenced to rehabilitation rather than jail time. He is currently in a Texas facility undergoing a rehab program.

As WFAA reports,  around 100 people gathered at the home of a man who lost both his wife and daughter in the crash to memorialize the victims on the one-year anniversary of the incident. Unfortunately, the survivors of the crash who sustained injury and the family members of those left behind will never be able to regain what was lost. However, the family members and victims have settled lawsuits for undisclosed sums with the family of the rich teen who changed the course of their lives.

After a collision, it is important for victims to protect their rights. An accident attorney in Fort Worth can help. Call Coby L. Wooten, Attorney at Law, P.C. for a confidential consultation.

The affluenza defense, while almost universally viewed as ridiculous, does illustrate one very important point: it is up to parents to teach teenagers right and wrong. While the law says that drunk driving is prohibited and there are zero tolerance policies for teenagers, the police cannot be everywhere at all times, and they don’t catch all young drunk drivers. In fact, according to Mothers Against Drunk Driving (MADD), an average drunk driver has already driven his vehicle while impaired 80 times before he is finally caught by police and charged with a crime.

Parents have a far greater ability than police to supervise children and to make sure they fully understand the dangers of drunk driving. Since the rate of drunk driving is highest among 21 to 25 year olds, who account for 23.4 percent of drunk drivers, if parents are able to get the point across to teenagers before they leave home, many lives could be saved.

Parents should always model good behavior for their teens and should never get into a car themselves after having had too much to drink. Establishing a parent-teen driving agreement and prohibiting ever driving after having a drink (or being in the car with someone who is drunk) could also help to deter bad behavior. Finally, parents should not allow their children to consume any alcohol, nor to attend parties or events where parents may not be home and where alcohol may be served.